Filipino Killers in Film: Dennis Trillo and The Janitor

The secret of a good assassin and a spy is the ability to become invisible: the ability to be not noticed: the ability to blend in: the ability to appear and disappear in the crowd. This is what stood out from the encounter of actor Dennis Trillo and Director Mike Tuviera with modern-day Filipino assassins. The two gentlemen they met did not stand out: they were common: not the cinenatic type not larger than life. 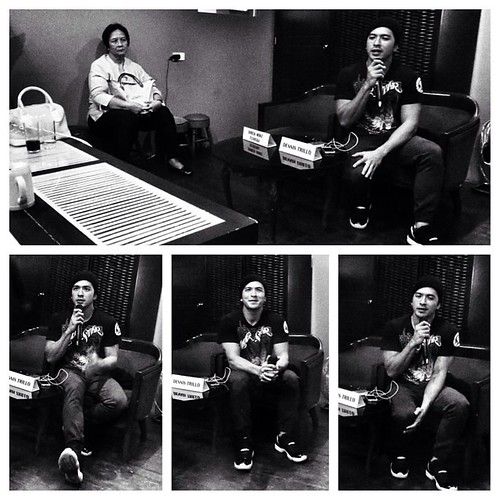 Often times the back story behind can be as interesting or more interesting than the film itself. O guess one has to see the film The Janitor to find this out. It is one of the film to be shown during the 2014 Cinemalaya Film Festival. The film was inspired by one of the most bloodiest bank robbery in recent years.

It has been years since the heyday of Filipino Action Film – when you could see an action film in the cinemas every week. In recent year there has been attempts to make action films in a different mold – putting more twist and turns to the standard patient good man or the bad boy with a good heart inflicting justice upon the bad guys, best exemplified by Fernando Poe Jr and Robin Padilla films ( with a sub-genre of fantasy-action films or Agimat movies of Ramon Revilla Sr. Erik Matti’s On The Job (2013) and Mike Cornejo’s Big Time (2005).

On the Job Trailer

And now comes the film The Janitor. An action- thriller about an ex-cop (Dennis Trillo) handing out vigilante justice against perpetrators of a bloody massacre. Director promised that the film would deliver exciting and innovative fighting scenes. He also mentioned that the film has a noir tone to it underpinning the thriller aspect of the story. Prompting one to ask is this more than just a retribution and revenge story is it also a power play? Who are the pawns and who are the chess players?

It does make one curious how this film will tell its tale.

This entry was posted in Stories and tagged Dennis Trillo, The Janitor. Bookmark the permalink.