Barber’s Tales: The Film, The Actress and the Himala Moment

As she entered the room she said that nobody told her the colour of the room … her blouse was of the same colour. She also told us that she came in early but was waiting downstairs eating chicken and bread. As the questions came in she was consistent in answering them in a witty way. And her handling of repetitive questions were decisive and funny. Some would call it quick wit delivered by an experience fencer, riposte and counter-riposte. I would call this Carino Brutal – a brutal form of honest wit delivered with love and humour. This was Ms Eugene Domingo Comedienne and Actress.

The press conference was for the much acclaimed film of Jun Lana’s Barber’s Tales or in Tagalog Kwentong Barbero. It won acclaim across the world – a search of articles across the Googleverse would result in fish catch of phrases for the film. It begins its local run soon at selected cinemas. Lana is also known for his other critically acclaimed film Bwakaw.

Barber Tales is set in the 1970s during the height of the rule of Ferdinand Marcos , aka Apo and aka Makoy, and centres on a town where a Widow has inherited her husband’s barber shop. The situation sparks a number of complications related to issues of gender equality and politics in Philippine Society. Opposite the Widow is the Mayor of the Town. A town during the height of the Marcos rule with a Widow and a Town Mayor. The similarities with the story and the fight between Marcos and Benigno Aquino’s Widow – Corazon Aquino during the 1980s is crystal clear.

Is the film a mirror reflecting the past and present of Philippine Society? Where will the story take us? This alone prompts us to watch this film. The other two things that would prompt us to watch the film would be the Actors and the Himala Moment. 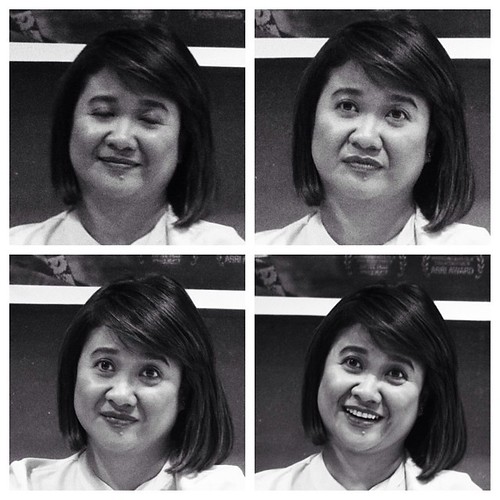 Eugene Domingo is known as a comedienne.Her roles on tv and films have clearly define this. She is also an actress. A review of films like Tuhog and Ang Babae sa Septic Tank would also show her versatility as an actress. It is a subtle form of depiction seems to shine from her eyes. It is often said that the eyes are the windows of our soul. Ms Domingo effectively uses her eyes to shine the melancholy of a tough bus conductor in Tuhog or the anger and then resignation of her character (as herself) when she accidentally falls into the septic tank in the final scene of the film.

Domingo won critical acclaim for her work in this film. It would be interesting to see how she did it in this film. What was her Himala Moment.

Nora Aunor one of great Filipina Actresses and icon has left several film moments that seems to have been engraved into the Filipino Culture. In the film Minsan May Isang Gamo-Gamo she said the line “My Brother is not a Pog” or in HImala she said, “Wala. Walang Himala”. Outside of Aunor you have Fernando Poe Jr with his quotes or Cherie Gil with her line, “You are nothing but a second rate trying hard copycat”!

Question: What is the Himala moment in Barber Tales?

Omr has to watch it to find out.